Note: we are an early evening event. Doors open at Supermarket at 6:30 pm, readings begin at 7pm sharp and evening ends at 8:30pm.

Monica Kidd is a writer, award-winning journalist, and family physician. Her most recent book of poetry, her third from Gaspereau Press, is The Year of Our Beautiful Exile, and is a kind of meditation on estrangement. She is bold enough to say she’s at work on a third novel. She currently lives in Calgary with her young family, and is scheming on ways to get back to Newfoundland.

Susan McCaslin is the author of fourteen volumes of poetry and nine chapbooks, as well as the memoir, Into the Mystic: My Years with Olga, a spiritual autobiography. Her poetry volume, Demeter Goes Skydiving (2012), was short-listed for the BC Book Prize (Dorothy Livesay Award) and the first-place winner of the Alberta Book Publishing Award (Robert Kroetsch Poetry Book Award) in 2012. Her latest poetry collection, Poet, Painter, Mountain (Quattro Books, 2016), launches in October 2016.

Sabrina Ramnanan was born in Toronto to Trinidadian parents. She completed her B.A. in English and B.Ed at the University of Toronto. In addition, Sabrina is a recent graduate of the University of Toronto’s School of Continuing Education Creative Writing Program and the recipient of the 2012 Marina Nemat award. Her work has appeared in Diaspora Dialogues, Cerulean Rain, Writing in the Margins, The Caribbean Writer and Joyland. Nothing Like Love is her debut novel. 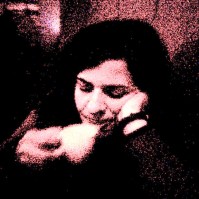 Bänoo Zan is a poet, translator, teacher, editor and poetry curator, with more than 120 published poems, etc., as well as two books. Song of Phoenix: Life and Works of Sylvia Plath, was reprinted in Iran in 2008.  Songs of Exile, a collection of her poems, was released in 2016.  A second collection, Letters to My Father, is due to be released early 2017. She is the founder of Shab-e She’r (Poetry Night), the most diverse poetry reading and open mic series in Toronto. It bridges the gap between poetry communities, bringing together artists from different ethnicities, nationalities, religions (or lack thereof), ages, genders, sexual orientations, disabilities, poetic styles, voices and visions.

Accessibility: Supermarket just obtained a ramp for out front (although usage is to be confirmed) which can take up to 600 lbs. There are 3 steps. Washrooms are not fully accessible, although they can work for some. Closest accessible transit are the new Spadina street cars. There is a Green Parking lot on Bellevue, which has some accessible parking spots and very limited parking on Augusta Avenue.

The Rowers Reading Series was a monthly literary reading series in Toronto. We are now closed after 13 incredible seasons. Thanks to all of our supporters over the years.